Ryan and Colleen Jershy, who are natives of Windsor, Ontario, both lost their fathers within a span of ten months, and decided that they wanted to do something different with their careers. Ryan was in sales and Colleen was an account supervisor with an advertising agency. While they had good jobs, they felt that providing home care was the answer. Says Colleen: “It was the horrible loss that we both experienced that prompted us to change our career paths. We were looking for something more rewarding that allowed us to give back to our community and help families in need.”

Caring for grandparents and dealing with personal loss gave the Jershys a keen insight into the dilemma people face when they need care. Ryan grew up in a home with his grandmother, and after she had a massive stroke, home care services weren’t an option. The family had no choice but to put her in a care facility. When his own father took ill, Ryan says that the caregiving toll on his mother was huge and she found it difficult to cope.

They opened up the local Home Instead Senior Care office in 2009 and have been overwhelmed by how rewarding and fulfilling it has been for the both of them. ​Laurie Ann graduated from St. Clair College with a diploma in nursing and has since devoted seventeen years to caring for others in hospital, nursing home and private care settings. After taking some time at home with her two children, she was eager to return to caregiving in the growing area of gerontology. She was enthusiastic about working for a company that was dedicated to improving the lives of seniors and their families. Home Instead Senior Care is this company. “Upon meeting Ryan and Colleen, I felt assured that their hearts were in the right place. They made my decision to join the Home Instead Senior Care team an easy one. Although I have really enjoyed being a CAREGiver for our seniors, I am excited about my position as a Client Care Coordinator.”

Hannah is originally from Sarnia, Ontario and relocated to Windsor to pursue an education in nursing at the University of Windsor. She is passionate about nursing and has a desire to help others. Hannah began as a CAREGiver with Home Instead and quickly moved into the role of Client Care Coordinator/Field Nurse. Hannah says, "While I haven't been here long, it is clear that everyone in this office is extremely dedicated to providing exceptional care to our clients and our community. I am so happy to be a part of this team!" Karen has been a Registered Nurse in the Windsor Essex county area for over 30 years, and brings with her a vast range of experience in both hospital and community care, with many years spent working as a Home Care Case Manager. She has also had the pleasure of living in a multi-generational family home where, at 14, her aging grandmother moved in with their family. 10 years ago, she moved both of her parents into their home, to support them after her mother fell ill. “I understand the challenges that can occur when trying to navigate health issues and aging family members, while also dealing with the realities of our healthcare system. It found that it was vital to have a caring and compassionate team to  help you with an individualized approach that is best suited to your needs. I am honored to have been given the opportunity to reignite my passion for home and community care, by serving as a Community liaison at Home Instead.

Kelly has enjoyed over 20 years in the social service field as a therapeutic counselor. Her voyage has afforded her the privilege of working with many adolescents and their family members as well as victims of domestic violence. Throughout her various careers she has found her true niche advocating for seniors and supporting their independence. “I truly could not have been more fortunate then to have crossed paths with Ryan and Colleen. I feel very blessed working with such dedicated owners, caregivers and staff members.”

Chantal graduated from St Clair College with an Advanced Diploma in Human Resources Management. Her passion is recruitment as she enjoys meeting potential candidates and looking for the perfect fit between client and CAREGiver here at Home Instead. “I consider myself to be blessed to have met Colleen and Ryan and consider it an honor that they chose me for the new position of Recruitment Coordinator at Home Instead Senior Care. Colleen and Ryan, as well as the entire staff, are the best people I have ever had the pleasure of working with!"

Jennifer began working with Home Instead as a CAREGiver in 2014 and hit the ground running! Her attentiveness and compassion shone through in the care she provided. In 2016, she also assumed the role of On-Call Coordinator. Finally, in 2018, Jennifer transitioned into the position of Service Coordinator, where she uses her background in caring to match the needs of our clients with fitting CAREGivers. "I love working for the company. Everyone has such a big heart and Ryan & Colleen always go the extra mile. Working in the home care field is fulfilling and a perfect fit for me!" 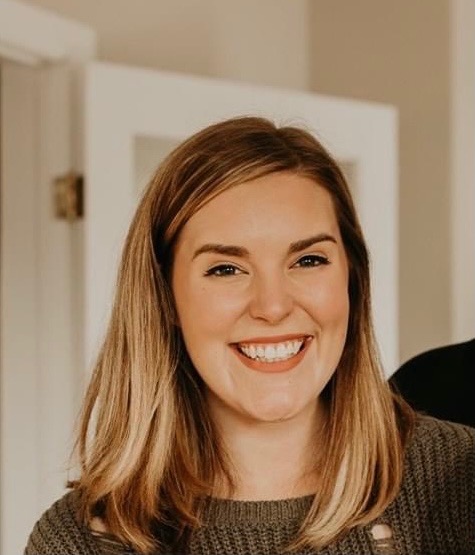 Angela joined Home Instead as a CAREGiver in 2015. She has always had a passion for helping others; she has a background in social work and gerontology and has acted as a mentor for youth and young adults. Angela joined the office team as a Service Coordinator in January 2020. Outside of work Angela enjoys cooking and spending time with her family. Angela says, "I've always found my CAREGiver position to be fulfilling. I created meaningful relationships that will be with me for the rest of my life, so it was a natural fit to move forward in a Service Coordinator role." Kathie joined Home Instead as a CAREGiver in 2016. Providing home care came naturally to Kathie following her background as a community service worker. She began working in the office part-time and transitioned to a full-time role in 2019. Kathie also assists as an On-Call Coordinator arranging service as needed after-hours. "Working as a CAREGiver was rewarding. Being a part of the office team and helping to organize the delivery of care has brought a new appreciation for what Home Instead brings to our community. I really enjoy the people I work with!" If you visit our office, you will probably meet Kathie's furry friend Jinx who also loves the people he works with (and belly scratches). ​Holly joined the Home Instead team in 2017 as a CAREGiver. After a long time of being a mother of two daughters, an RECE, and a Montessori Directress, she found a true passion for helping the community. She left her position in homecare licensing to become the full time On-Call Coordinator with Home Instead Senior Care. She is actively involved in arts and the outdoors, and welcomed her first grandson in 2018.

​Lindsay is a social sciences graduate of both ​St. Clair College and ​the University of Windsor. She has several years of experience in the service industry. Before working in the office, Lindsay was assisting several clients as a CAREGiver. “Being a CAREGiver is such a rewarding job. When the opportunity arose to come in and help the team at the office, I was sad to leave some of my clients. However, this new position has allowed me to see both sides of the business and to appreciate fully all of the hard work that goes in to making the lives of our clients easier. This is truly a great team of people and I love being part of it!”

Your Home Instead team in Tecumseh, ON possesses a heartfelt desire to work with seniors in the community. It is our ultimate goal to forge extraordinary relationships between our clients and their CAREGivers.

Apply for Senior Home Care Jobs in Tecumseh, ON. Click the button below.