Care Resources / Health & Conditions
Your 87-year-old mom is still getting along well at home, but perhaps you’ve noticed that she is becoming increasingly frail. Like many adult children, you fear a fall is the one thing that could drive Mom from home and rob her of an independent life. But she is refusing to use a walker or a cane around the house. What happens if she breaks a hip?

According to the National Council on Aging, falls are the leading cause of fatal and non-fatal injuries for older Americans. More than 95 percent of hip fractures are caused by falls, but have you thought about what’s behind those breaks and fractures? In many cases, it’s the condition called osteoporosis.

According to the National Osteoporosis Foundation, osteoporosis is a disease in which bones become fragile and more likely to break. If the disease is not prevented or if it is left untreated, osteoporosis can progress painlessly until a bone breaks. These broken bones, also known as fractures, occur typically in the hip, spine, and wrist.

Osteoporosis may be more common than you think. In fact, the National Osteoporosis Foundation found that one in two women and up to one in four men over the age of 50 will break a bone due to osteoporosis. The disease, which is not a normal part of aging, is serious, causing broken bones, pain, suffering, and a life-altering loss of mobility.

A fall and the subsequent fracture could send an older adult down a slippery slope, research reveals. A study that appeared in the Journal of the American Medical Association (JAMA) found that women and men age 60 years or older who have a low-trauma osteoporotic fracture have an increased risk of death for the following five to 10 years, compared with the general population. And those who experience another fracture increase their risk of death further for an additional five years. Seniors age 75 and older face increased risk of death from even a minor fracture.

According to the International Osteoporosis Foundation, osteoporotic fractures represent a growing public health problem in both developed and developing countries, with a projected increasing incidence as the population ages. Bones become porous from osteoporosis as they lose protein, calcium, and other mineral content. In this more fragile state, bones break easily.

Despite significant advances in science and medicine, the reality today is that: And yet, this condition is preventable. There are a range of drug treatments available for postmenopausal osteoporosis, according to the International Osteoporosis Foundation. Different studies have consistently shown that, depending on the drug and the patient population, treatment reduces the risk of a vertebral fracture by 30-65 percent and of non-vertebral fractures by 16-53 percent.

Both nutrition and exercise can help as well. Check out the following from the International Osteoporosis Foundation: Consider the role of companionship as well. If your mom needs motivation to stay active, why not contact Home Instead®. Our CAREGiversSM are trained and equipped to provide assistance with meal planning and preparation, and activities that can help keep your mom moving safely around her home. 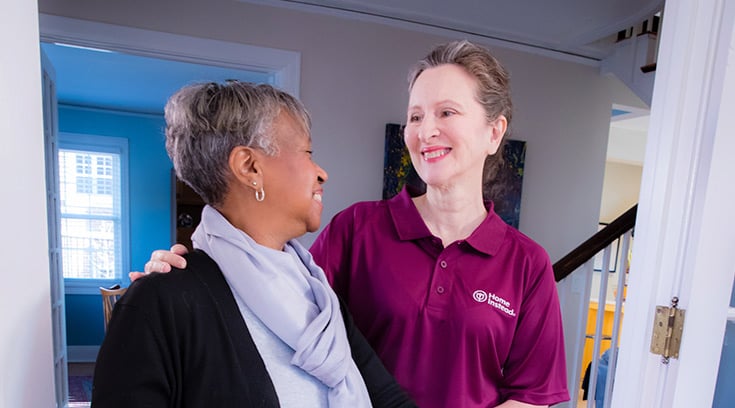 Back to All Resources